The Water Dancer - A Book Review

“The masters could not bring water to boil, harness a horse or strap their own drawers without us. We were better than them. We had to be. Sloth was literal death for us, while for them it was the whole ambition of their lives. Bored whites were barbarian whites. While they played at aristocrats, we were their well-appointed and stoic attendants. But when they tired of dignity, the bottom fell out. New games were anointed and we were but pieces on the board. It was terrifying. There was no limit to what they might do at this end of the tether, nor what my father [the white Master of the plantation] would allow them to do.” 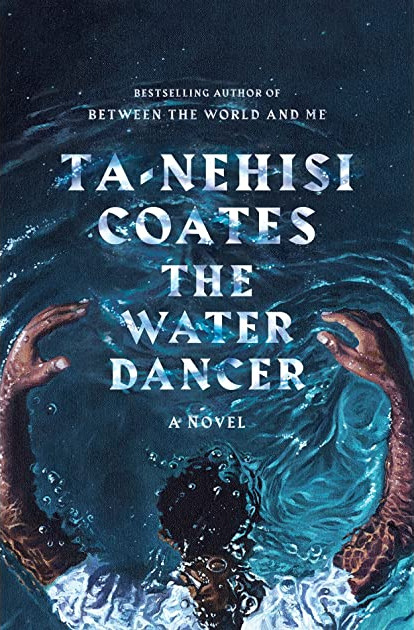 This story is set on a Virginia tobacco plantation and on the Underground Railroad in the mid-1800s, when “smaller” plantations on the east coast are in the midst of selling off mothers, fathers, and children to plantations to the west and south (“Natchez way”) to realize any profit they can muster from their dwindling investments. Hiram Walker was born to a slave, and his father is none other than the Master of the plantation himself, though this is nowhere near enough to lift Hiram above the status of livestock. He’s an unbelievably smart and capable young man, and Coates develops these traits in ways that, for the reader, aren’t necessarily central to the narrative arc of the book, but storytelling around the genius and intellect of slaves aren’t something pervasive in American literature and I was captivated by those parts.

Akin to how Colson Whitehead makes the Underground Railroad literal in his Pulitzer Prize-winning book, Coates literalizes the magic of how slaves somehow kept alive their hope and humanity through the hell that was slavery. This magic has a matriarchal flavor to it, and many of the women in this story are as wise, powerful, smart, and resilient as any heroes I can remember

I already had tears on my white cheeks by the end of Chapter 1, eight pages in. But they weren’t tears shed as a result of thinking of the horrible treatment received by an entire group of humans for dozens of generations. No, it was the magic I referred to above that literally saved the life of Hiram as this beautifully told story begins; the transcendent power of that generational magic that slaves created, developed, maintained, and passed down over the past 350+ years. They are the same type of tears one might fail to preserve when experiencing something of immense and timeless beauty, like listening to a particular piece of music by Alan Silvestri and City of Prague Philharmonic orchestra from the “Castaway” soundtrack, or reading journalist Joe Posnanski’s review of Lin-Manuel Miranda’s “Hamilton”, or seeing the ocean for the first time as a 16-year old kid from Kansas City.

I don’t want this review to turn into a dozen pages, so I won’t expound on the different parts of life and humanity and history on which this book encouraged me to reflect and rethink. Coates is one of only a handful of writers, living or dead, whose works I *must* read, maybe because of how he is so powerfully and eloquently able to make readers consider the effects racism and slavery and misogyny on individual human beings’ humanity in ways that we white folks could never understand from the few pages we read about slavery in our middle- and high school textbooks (especially the textbooks in Texas. :) )

I admittedly have an irregularly high bar for recommending a book (I’ll choose my own books, thank you very much), but I highly recommend this one.