Feeling called to work with churches in ministerial transition, René concluded her ministry in Omaha in 2014 and went on to serve as an interim minister in Scottsdale, Arizona and Boise, Idaho. She and Rick relocated to Shawnee last fall.

René and Rick will celebrate their 48th wedding anniversary this year. They have two children. Son Peter teaches at the University of Alabama. Daughter Erica, who lives in Denver, is married and has three children: twins Cassidy and Finn and their little sister Bridget.

In her spare time René loves curling up with a good book, hiking, travel, and has recently rediscovered the fun of bicycling.

Denise was a founding member of Saint Andrew in 1990 and joined the Saint Andrew staff in 2004. Her passion is finding creative ways to inspire and educate children as they grow in their faith, equipping parents to share their faith with their children, and including children fully in the life of the church. She was our first Christian Education chairperson and served as Moderator in the early years of our journey, and held a variety of leadership positions before joining the staff.

Denise received her Master of Arts in Christian Ministry from Saint Paul School of Theology in Kansas City. She is a graduate of UMKC with a bachelor's degree in business administration. She and her husband Steve Siebers live in Overland Park.

Chuck's passion in the church is faith formation and relational ministry with young people. He has not missed a single summer of church camp in over twenty years. Chuck lives in North Kansas City with his wife, Lara, their daughter, Violet, his mom, Marilyn and their three dogs, Shelby, Faith, and Buddy. In his free time, Chuck loves collecting Lego, saving the world from Alien invasion (in video games), and working on his 1971 Chevrolet Chevelle.

Gary has a BSBA from Missouri Western State College and a Master of Divinity from Saint Paul School of Theology in Kansas City. He has served as Minister of Youth at Smithville Christian Church and Minister of Education at Ridgeview Christian Church before coming to Saint Andrew. He designed the worship space for the past three General Assemblies of the Disciples Church.

Gary's interests and hobbies include old architecture, antiques and landscaping. He and his partner Randy live in a 110-year-old house in Kansas City with their dogs Max, Margaret and Webster, and their cats Lucy and Ethel. 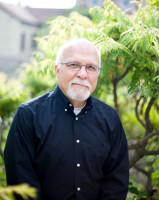 Mark is a native of the Kansas City area and he spent much of his life working for a major engineering firm in the area – retiring from that career in 2014. Near the end of that career, Mark experienced a call to ministry and entered seminary to pursue a Master of Divinity degree. In May of 2017 he achieved that goal, graduating with the Presidential Citation for the highest GPA in the Master of Divinity program and the Wheeler-Proctor Award for Excellence in Theology. He became a part-time staff member at Saint Andrew in July of 2017 and was ordained in August of 2017.

Prior to coming to Saint Andrew, Mark was a member of Countryside Christian Church in Mission, KS where he also served as a commissioned minister of the Christian Church (Disciples of Christ). In that role he was responsible for the planning and leadership of their chapel service.

Mark and Vicki, his wife of nearly 40 years, live in Overland Park with their demanding and spoiled dachshund Smith. 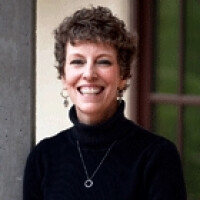 Cindy Egger has been the guitarist/music director at Saint Andrew Christian Church since our first worship service in 1991. Born and raised in Iowa, she completed her Bachelor of Music degree at Coe College and then her Master of Music degree at the UMKC Conservatory of Music.  She currently teaches guitar at  Rockhurst University and Guitar Dock. She regularly plays gigs around the metro area, with experience ranging from weddings, funerals and private parties, to the Kansas City Symphony, Starlight Theater, and MTH Theater. She has 2 CD's featuring her fingerstyle guitar playing.  Cindy enjoys most styles of music, which is evident in the varied musical styles you will hear on any given Sunday morning. She has a very clear and strong singing voice which she combines with her masterful guitar playing to contribute to the unique Saint Andrew worship experience.

Cindy is mother to a blended family of canines and is married to Dave Farris.

Debbi has been a member of the Saint Andrew staff since September 1993. Debbi's long-time service to the church and her depth of understanding of church administration are invaluable to her as Church Administrator. She is responsible for the day-to-day operation of Saint Andrew, including building usage and financial matters. Before beginning her career in church administration, Debbi's experience included an administrative position with the Jewish Community Relations Bureau and nursing at Olathe Medical Center.

Debbi and Mike, her husband of over 36 years, have lived most of their lives in Kansas City. In her free time, Debbi enjoys being outdoors, sewing, reading, gardening, yoga and spending time with her three grown children and three grandchildren.

Patty joined the Saint Andrew staff in 2007. She has lived in Overland Park most of her life and has been married to her husband, John for over 40 years. They have three grown children and three grandchildren; one son in lives in Paola with his wife and their two daughters, one son and his wife and their daughter live in Oklahoma City, and their daughter lives in Minneapolis. Patty enjoys spending time with her granddaughters, knitting, quilting, reading and summer travel with her husband.

Brandon started working part-time for Saint Andrew in 1998; and he has been a full time employee since December 2010. Brandon started attending Saint Andrew with his family in 1992. He graduated from Olathe Northwest High school then went on to earn his associates degree from Butler County Community College. Brandon has helped clean and maintain the building since it was built.

In his spare time he enjoys cooking. Brandon grew up in Olathe and now has a home in Lenexa with his wife Cynthia, his three children, Olivia, Alexandria, and Bo, as well as their three dogs.